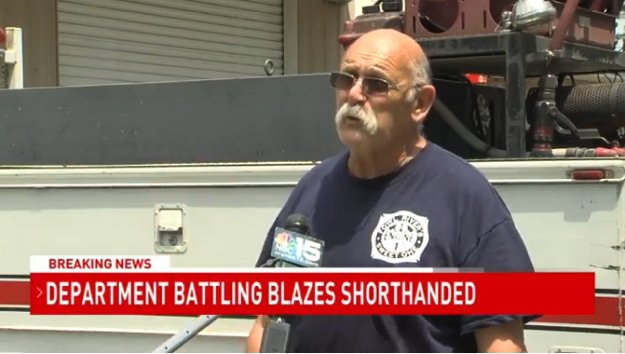 Fowl River Volunteer Fire Department has been on the front lines fighting the wildfire in south Mobile County for days. Chief John Corideo said his fire department was put to the test with this fire. Firefighters have been forced to use a hose with holes in it, and the trucks they have limits how far they can go into wooded areas.

“Pretty much, I fought a couple of fires with the hose leaking like crazy. I was getting a bath while I was putting the fire out,” Chief Corideo said.

Just like many volunteer fire departments, Fowl River operates with a fleet of older fire trucks and equipment. Recently, the department purchased a motor for an emergency vehicle costing $14,000. Keeping up maintenance and staying in compliance with regulations can be costly, with a $70,000 budget.

“Anything that has anything to do with fire departments, all you hear is ‘cha-ching’ every time you bring it in to get something,” Chief Corideo said.

Another issue is man power for this fire department. Just 13 years ago, Fowl River had 18 firefighters. Now, it’s down to only six.