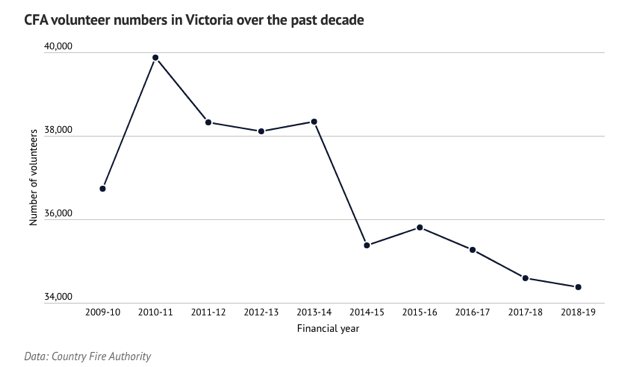 Australia: Culture May be Cause of Volunteer Firefighter Numbers Drop

The nation’s volunteer firefighting force has been reduced by about 18,000 members over the past decade, with volunteer chiefs blaming an aging cohort and toxic workplace cultures.

The biggest decreases occurred in Victoria and Western Australia, with a more modest reduction on average in NSW, raising concerns about state fire services’ ability to combat fires during prolonged bushfire seasons.

“As a service, the RFS should be engaging [with the issue] – they shouldn’t be using the boys’ club to direct things, they should be setting an example.”

“How [volunteers] have been treated over the last few years goes to the heart of the question of why anyone would volunteer … people are fed up,” he said.