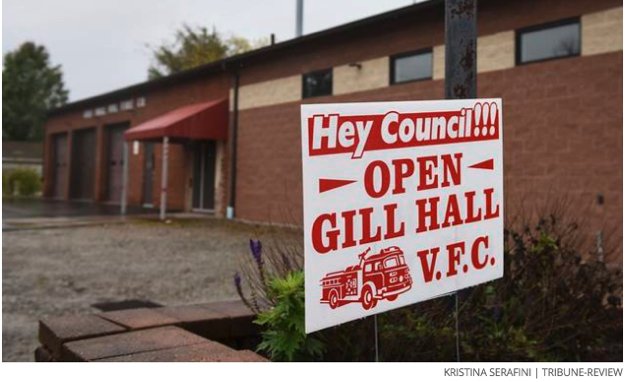 The county was prepared to begin dispatching the department again, but the local council voted 5-2 to not recognize the department

Gill Hall Volunteer Fire Co. hopes to be dispatched to calls again starting Friday were dashed two days prior by a Jefferson Hills Council vote to decertify the company.

Council voted 5-2 Wednesday night to no longer recognize the 72-year-old, 20-member department as a borough fire company after a lengthy back-and-forth about Gill Hall’s future both that evening and Monday night.

Ruscitto said she thought Gill Hall was still on probation and council did not need to take any action, while Reynolds argued for its return to dispatch.

“If they were a recognized fire hall in our community, they would have had to give them a portion of foreign fire tax money to Gill Hall,” Reynolds said after the meeting.

The next motion made Wednesday after Gill Hall’s decertification was to approve the distribution of more than $66,000 in Pennsylvania Foreign Fire Insurance funds to Jefferson Hills Fire Rescue Relief Association.

JHFR is the merged company of Jefferson 885 and Floreffe volunteer fire companies.

Gill Hall was dropped by the borough in January 2019. However, the decertification vote didn’t dissolve the department, which owns its fire hall, truck and other equipment.

Gill Hall was reinstated as a borough fire company on a probationary basis in April, but was not placed back on Allegheny County emergency dispatching “run cards.” Run cards include information for dispatchers so they know what departments to call out during an emergency.