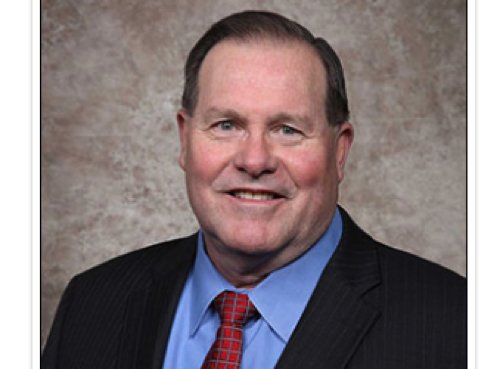 Chief Compton’s leadership served as a catalyst, building strong bridges between the Foundation and the national fire service organizations

The National Fallen Firefighters Foundation is pleased to present the 2020 Arthur J. Glatfelter Distinguished Service Award to Chief Dennis (Denny) Compton, former Chairman of the NFFF Board of Directors.

“On behalf of the Board of Directors, it is a great honor to present this award to Denny. His dedication to our Fire Hero families and his fellow firefighters is immeasurable,” said Troy Markel, Chairman of the Board Directors. “We are grateful for his leadership and his many years of extraordinary service to our cause. He has helped to guide us through many critical moments and the impact of his efforts will long be felt throughout the Foundation and the fire service.”

The award recognizes Mr. Glatfelter’s contributions to the Foundation, honoring his legacy by recognizing individuals who have had a significant impact on the NFFF’s missions and whose unique leadership encouraged substantial support for the Foundation.

“Denny is a worthy recipient of this award, named for our founder and mentor,” said Tony Campisi, President/CEO of Glatfelter Insurance Group. “Art’s dedication to the NFFF has lived on through Denny’s leadership and we congratulate him on this well-deserved honor.

Chief Compton has been a member of the fire service since 1971, rising through the ranks to become Assistant Fire Chief of Phoenix Fire Department and later Fire Chief of Mesa (AZ) Fire Department. He has served in many roles throughout his career, including author, advisor, instructor, and mentor. He has held leadership positions within several organizations, including the International Fire Service Training Association and the Congressional Fire Services Institute National Advisory Council.

In 2006, Chief Compton joined the NFFF Board of Directors. Former Board Chairman Hal Bruno then nominated him to serve as Chair in 2008, recognizing that the Foundation would greatly benefit from Chief Compton’s passion, leadership, and fire service relationships. He would serve as Chairman of the Board from 2008 to 2019 and under his leadership, the Foundation expanded its services and programs in support of Fire Hero families and the fire service.

It is Chief Compton’s compassion for the families of fallen firefighters that drove some of his greatest impacts on the Foundation. He oversaw changes to the National Fallen Firefighter Memorial Weekend, increasing programming available for Fire Hero families during their time in Emmitsburg. Through this programming, Fire Hero families could learn how the NFFF was available to support them as they transitioned to their new normal and beyond. He took an active, personal role in developing the weekend’s messaging and encouraged Board members to take an active role, as well. It was under his tenure that the Memorial Service was broadcast, offering an opportunity for those not in Emmitsburg to share in honoring the profound loss experienced by Fire Hero families.

Chief Compton’s leadership served as a catalyst, building strong bridges between the Foundation and the national fire service organizations. When Chief Compton stepped into the role of Chairman, NFFF was transitioning post-9/11, working to find ways to take the Everyone Goes Home and Life Safety Initiatives deeper into the culture of the fire service. His relationships throughout the fire service – with International Fire Service Training Association, Congressional Fire Services Institute, and many others, helped these programs to broaden their reach. Through his leadership with the TAMPA 2 Summit, he built a coalition of partners to address the fire service’s biggest challenges. He reconvened a study of line-of-duty death classifications, starting a conversation that continues today about how deaths due to cancer and behavioral health are recognized.

While serving as Mesa’s Fire Chief, Chief Compton had responded to the World Trade Center and Pentagon in the aftermath of 9/11. This work influenced his tenure with NFFF, raising his awareness that cancer and behavioral health was a growing, pressing challenge for the fire service. His relationships helped to strengthen ties between the NFFF and the Fire Department of New York, where programs such as the 9/11 Memorial Stair Climbs continue to raise funds to support the FDNY Counseling Service Unit and services provided to local firefighters.

He led the start of the National Fire Service Occupational Cancer Alliance, engaging fire service, research, academia, and government together to find ways to understand and address firefighter cancer. This work has grown into numerous efforts, from research funded by the Assistance to Firefighters Grant program to awareness programs run by local fire departments across the country.

Chief Compton also helped the NFFF to work through growth and change. He recognized that behavioral health and wellness programs were critical to the fire service, but that the NFFF needed to stay focused on its core missions. He spearheaded the creation of the NFFF’s affiliate First Responder Center for Excellence, helping to develop its Board and organizational structure. His work on the National Fire Service Occupational Cancer Alliance has transitioned to become a focal point of the FRCE.