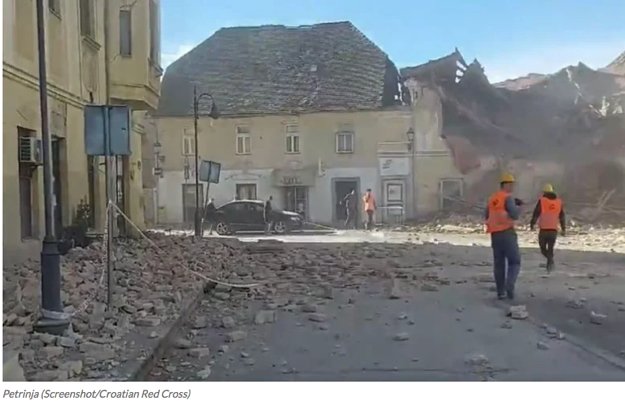 Despite not having a station, Sisak firefighters conducted more than 2,500 interventions and saved more than 3o people

More than 2,000 buildings were damaged in a devastating earthquake that struck Sisak-Moslavina County on Tuesday and so far 1,000 inspections have been conducted and more than 5,000 applications for inspection have been submitted.

The fire-fighting station in Sisak is unusable but Sisak firefighters have conducted 2,500 interventions and saved more than 30 people from rubble, during which three firefighters sustained light injuries.

About one hundred police officers have been deployed to surrounding villages and they warn of reports about the alleged theft of humanitarian aid that has been delivered to the area.

There are about 1,500 civil protection officers from all over Croatia currently stationed in Sisak-Moslavina County.