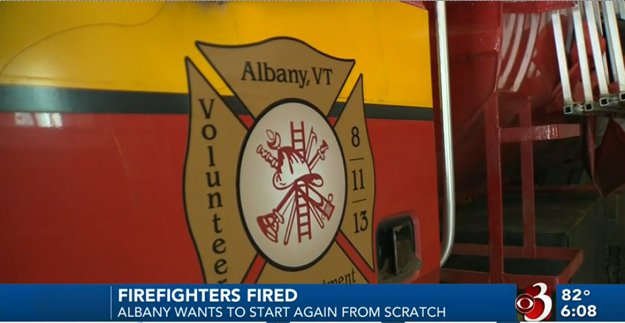 Related: What to Say When the Entire Fire Department Resigns

Peters says she was not expecting to get hosed at a recent select board meeting. She and a dozen volunteers were let go after the select board approved a motion to temporarily disband the entire fire department in this town of just 800 people.

“I feel left in the dark on that,” Peters said.

She says the volunteer department mostly responds to accidents or helps neighboring towns with mutual aid.

Peters acknowledges issues in the past with former chiefs, including her father and brother, but when she took the reins there was to be a fresh start.

“When I took over from being chief that the select board and the fire department agreed that we kind of drew a line in the sand and everything that was in the past was in the past,” Peters said.

“As far as firefighting, they were doing OK. Administratively, it was a disaster,” said Phillip Beaudry of the Albany Select Board.