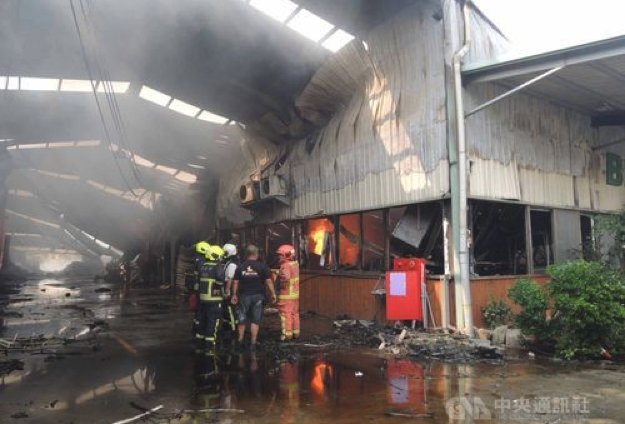 Two Firefighters died early this morning while operating at a factory fire in Taichung, central Taiwan.

The men were part of 87 firefighters operating at that factory in Daya District, where the fire was reported at around 0145 hours. A total of 13 Chinese firefighters were killed in factory fires between 2015 and 2018.