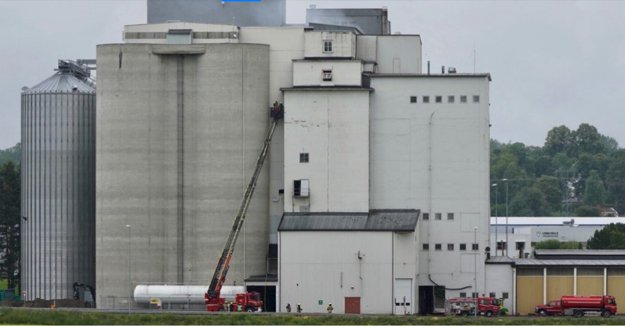 The fire brigade cut holes in the silo to get an overview of the fire inside; the fire chief sayss the firefighting work was demanding

On Monday, the local fire brigade was called when a smoldering fire broke out in the meter high grain silo to Felleskjøpet Agri on Lena. After emptying the silo of contents, a dust explosion occurred on Tuesday night. Four people were injured, including two of the fire brigade’s employees.

We believe we had control of the situation all the time and safety assessments were made, says the fire chief.

Large firefighters were called in to put out the fire. Several neighbors had to be evacuated and an area of ​​over 94 meters was cordoned off around the fire site. For a long time there was a danger of new explosions. Only after a day and a half was it extinguished.

The fire chief takes self-criticism that both his own personnel and employees at the silo were injured.

We see in retrospect that an incorrect assessment was made. We did not see this coming, says fire chief in Østre Toten municipality, Bård Henriksen.

As a fire chief, I have to take on that. I am responsible for ensuring that we do not injure personnel, says Henriksen.