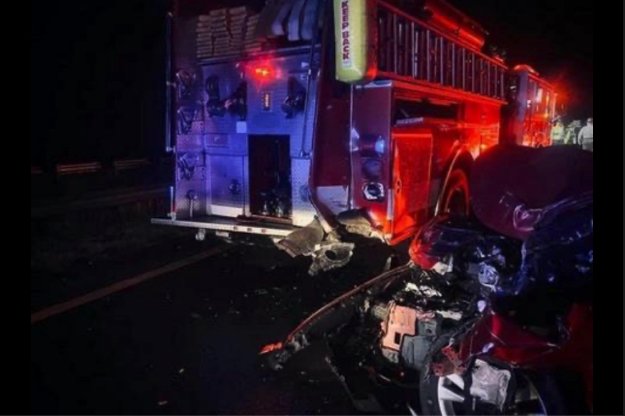 Three of the four rigs remain in service

Four Davidson and Randolph County (North Carolina) fire trucks were damaged in three separate crashes over the weekend. The Westside Volunteer Fire Department in Asheboro responded to a multi-vehicle accident on Interstate 73/74 northbound near Vision Drive on Friday night. At around 9:30 or 10 p.m, a vehicle hit their fire truck in the back, said Chief Racil Williamson. No one was injured in the accident, but the truck is out of commission, Williamson said.

The Linwood Rural Fire Department in Davidson County responded to a two-vehicle collision on Interstate 85 south near mile marker 86 early Friday morning. They were using the fire truck to block the left lane, and at around 5:30 a.m, a car struck their truck. The back right corner of the fire truck was damaged, and the truck is unusable, said Linwood Fire Chief Terry Leonard. Leonard said the person who hit the car was severely injured in the crash and was airlifted to Wake Forest Baptist Health.

Leonard said these incidents are becoming more common and that it can be more dangerous for firefighters to respond to a wreck than a house fire. “It’s getting out of hand,” he said. “When you see a light flashing, move over.”

White also asked drivers to pay more attention and emphasized that his biggest concern is safety. “Trucks can be replaced,” White said. “As long as the guys are safe, that’s the main thing.”