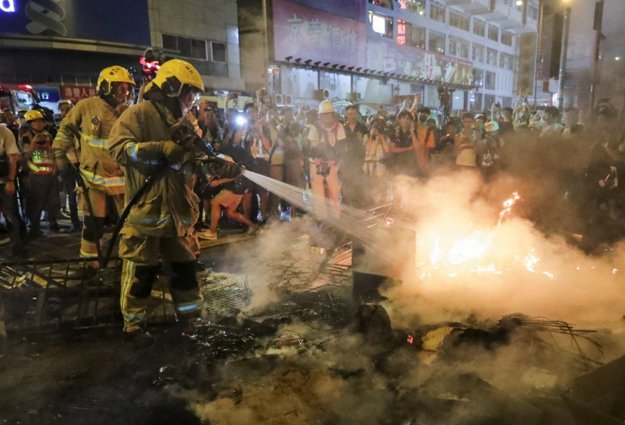 Police and the Fire Services Department released a joint statement early on Sunday morning to clarify the clash between a firefighter and riot control officers in Central on Saturday when a tear gas shot by the force accidentally hit a fire truck during a crowd dispersal operation.

The clash started with a verbal duel between the two sides, after which police pushed and surrounded the firefighter.

At around 2am on Sunday, police and the Fire Services Department issued a joint statement about the incident, saying “there was [a] misunderstanding in the verbal communication between both sides”.

According to the statement, the fire service vehicle was accidentally hit by a tear gas round when police were dispersing protesters from Connaught Road in Central at around 7.30pm on Saturday. Tear gas soon spread through the truck’s cabin and affected the firefighter inside. The firefighter then got off the truck to express his dissatisfaction at police.