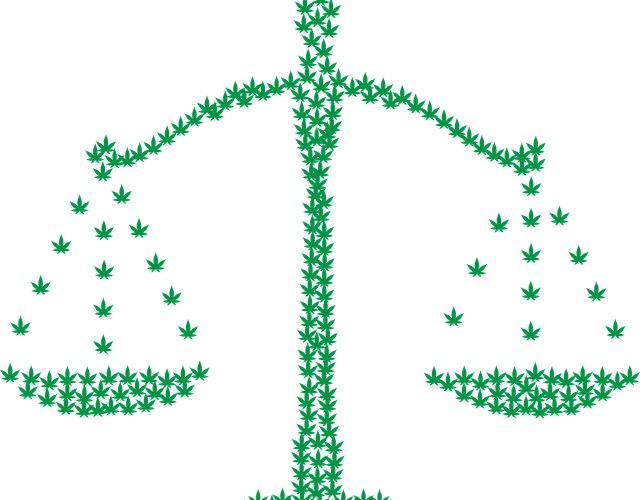 Love or hate recent general elections, one trend we’re seeing is more states allowing the legal recreational use of marijuana — often through ballot referendums. One can expect more states to follow suit as they see the tax windfall marijuana is generating. Yet these state laws remain in direct conflict with federal law, which still considers marijuana a dangerous, illegal drug.

And that has the potential to be a massive headache for volunteer fire departments — a real bummer, dude. Consider the short list of big problems.

To make sense of these and other questions, I sat down with attorney Brad Pinsky. Pinsky is an attorney in New York state who specializes in representing fire and emergency service entities. He lectures throughout the nation on issues important to emergency service entities, including at FDIC and EMS Today. He has authored two manuals for the fire service and hundreds of articles. He maintains a website with numerous videos to assist fire and EMS personnel. He is the past chief of the Manlius Fire Department and has over 30 years of experience as a first responder. He is also the co-owner of IamResponding, a software program to improve response times for all volunteer and paid on-call departments.

It is important to understand that federal law continues to classify cannabis as a controlled substance, making it illegal to grow, sell or possess, even if just for personal use, Pinsky says. However, federal enforcement of these laws has been placed on the “back burner” for some purposes, but not others. And no one knows how those enforcement priorities may change in the future.

For example, grants such as the Assistance to Firefighters Grant require the recipient to sign a drug-free workplace commitment, thus prohibiting use of drugs on the workplace (though not off duty). States that require fire and EMS personnel to maintain a CDL to operate a vehicle would result in a complete prohibition of use, on and off duty, as the CDL physical, which is federally regulated will fail anyone for having THC in their system, he says.

Many states have permitted use of medically authorized cannabis products containing THC and others have gone further to permit recreational use of THC. Generally speaking, states that allow recreational marijuana use are consistent with these themes:

However, defining “impairment” is a difficult issue, he says. Simply having THC in your system might not rise to impairment. Pinsky says it is critical that every fire department implement a very detailed list of job performance requirements and a physical/mental evaluation policy.

“In my experience (of representing about 500 fire departments), most departments have not implemented a comprehensive policy and simply rely on their occupational physicians to make a determination,” Pinsky says. “This approach will lead to an almost definite loss in court. Departments must implement their own policies.”

These policies would define the essential job performance requirements. Only once these are defined can a physician make a judgment as to whether a certain amount of THC use could impair an individual from performing a certain essential job requirement.

Again, this is all a new area of law. Court cases are evolving every day and they are not consistent, he says. Federal laws conflict with state laws so results can be different in a federal court than a state court and under some federal laws as against state laws. “The best advice is to accommodate use whenever possible (and legally required) but never allow use that endangers the public or a firefighter.”

With all that in mind, here’s our Q&A with Chief Pinsky.

VFI: Do some states give employers more leeway to regulate marijuana use off duty than others do, or did they all follow a similar template.

So, what is the best approach for medical cannabis policies?

Second, if there is no other drug available, see if the use is so intermittent such that sick time or other time off could be used.

Third, find out if there is any other way to accommodate the individual’s job, such as perhaps, light duty assignments, while the drug is used.

If there is no other way to accommodate the individual, and if a physician renders an opinion that the use of a cannabis product will impair the individual, then the best approach may be termination in order to protect everyone’s safety.

As for recreational use, which is an easier topic, each state generally prohibits on-duty use. However, what is “on duty”? If someone uses a cannabis product 10 minutes before the shift starts and the THC is actively affecting the individual, I would argue (though a court has not tested this theory) that this constitutes on-duty use.

This simple argument becomes more complicated as we lengthen the time before the shift starts and attempt to determine if someone is impaired. My best (and untested) suggestion is that every department simply prohibit use of any cannabis product containing more than 0.3 milligrams of THC within 24 hours of a shift or performing any duty for the fire department. Note that hemp products are federally legalized and can have this minute amount.

Are volunteer, paid on call and part-time firefighters employees in the eyes of the court when it comes to off-duty marijuana use?

This is not an easy question, because the federal courts have created a number of tests to evaluate whether a volunteer is an employee for various purposes. No court has yet determined whether a volunteer is an employee for purposes of cannabis/marijuana use. Usually, courts look to the benefits received to determine of the volunteer rises to the level of an employee, such as a stipend or reimbursement for responding, a pension program, or other benefits.

However, I think the answer could be more simple, as the state laws appear not to restrict discrimination just to employees. The best policy is to treat volunteers as employees and have one level of policies.

How much teeth do local jurisdiction rules have when they contradict state law (for example, state legalizes recreational and medical use, but town ordinance prohibits use)?

State laws generally trump town and local laws, unless the state law specifically permits the town to regulate the issue. I am not aware of any states that permit a town to create its own laws/rules on use of cannabis products, other than the sale of cannabis products. Therefore, as a general matter, we must examine each state law to determine if the law permits the town to create its own rules on use. However, I believe this would not be permitted under state law or sustain a legal challenge as a person that drives from town to town would be subject to different laws, making enforcement difficult and problematic depending which town a person was present in.

Find an attorney knowledgeable in the state law and federal court cases governing these laws to draft a comprehensive policy addressing the issues. There is no “one size fits all” policy. Before any decisions can be made, the department must implement a comprehensive physical and mental job requirement and medical evaluation policy.

What’s your best advice to volunteer firefighters on how to handle the issue?

Never be impaired while performing any duty. This is often an honesty issue. No firefighter should every be present in the firehouse or on a scene while impaired by any legal or illegal drug as this will not only threaten your life and the lives of others, but also your ability to obtain benefits in case of death or disability. It is of course important to note that it is not only cannabis products that cause issues. Obviously, alcohol and even other legal drugs such as antihistamines are dangerous for firefighters.

Are there any common points that make a volunteer department’s marijuana policy more robust and more vulnerable?

Volunteers often do not have set schedules and the question of when a volunteer is on or off duty is difficult. For example, is a volunteer who is wearing a pager or monitoring apps such as IamResponding on duty even if they have not responded to a call? Probably not, unless they have placed themselves on a schedule obligating them to respond.

However, if we view the clock as starting as soon as the firefighter responds to the firehouse or scene or starts performing a specific duty on behalf of the fire department, then the policy considerations are the same. No one should perform any duty while impaired and use of any product which could cause temporary impairment 24 hours prior to performing.

Is there any legal precedent regarding volunteer (part time, paid on call) firefighters who have sued to keep their position after a marijuana policy violation?

There is a case where a paid firefighter has sued (and lost because the Americans with Disabilities Act prohibits use of controlled substances), but I have not yet seen a case involving a volunteer firefighter. That said, I believe the results will be the same. Unfortunately, the court cases are completely inconsistent with regard to discrimination against firefighters. My best advice is contained above.

Generally, I only represent fire departments so this is a “loaded” question for me. However, if you want to know if the firefighter was negligent, the question comes down to two simple issues: Was the driver impaired and did the impairment result in negligent driving?

This question seems to be very common. I strongly suggest that every fire vehicle have a running dash camera at all times. That way the question of impairment is never an issue and the only issue is whether the vehicle was driven correctly.

You can contact Brad Pinsky by email at bpinsky@pinskylaw.com

Further reading on the subject

Study: Past-Year Marijuana Use Not Associated with Elevated Risk of Workplace Injury

Cannabis at Work: How Employers Are Reacting to the Legalization of Marijuana

The Science Behind Marijuana Testing at Work