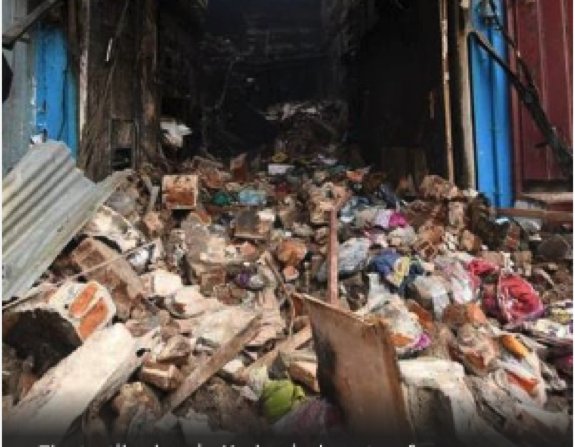 Two firemen – P. Krishnamoorthy (31) and K. Sivarajan (33) — were killed when the roof of a textile shop collapsed on them while they were battling a fire in the early hours of Saturday.

Two other firemen, M. Chinna Karuppu (30) and R. Kalyana Kumar (37), who were also trapped under the debris of the building, however, managed to come out and were admitted to private hospital for treatment.

Director of Fire and Rescue Services, Jaffer Sait, who rushed to Madurai, paid his last respects to the two martyrs and offered condolences to their family members. He also visited the injured in the hospital and went to the accident site on Saturday.

Firemen from various fire stations in the city were deputed at various vantage points in the city as a precautionary measure for Deepavali. All the textile shops in the busy bazaar areas of the old city were closed at 1 a.m. after last-minute festive sales.