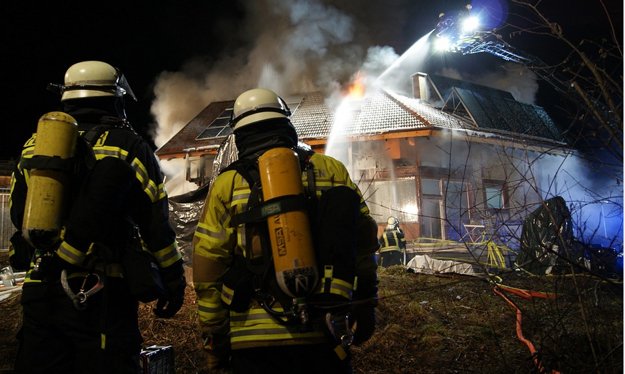 A new scientific review finds “unequivocal evidence” that firefighters using foams made with the fluorinated chemicals known as PFAS have “unacceptably” high levels of two toxic PFAS chemicals in their blood.

The white paper, by an international team of experts for IPEN, a global non-profit network of public interest groups, found “unequivocal evidence from recent studies that firefighters using aqueous film-forming foams (AFFF) have unacceptably elevated blood levels of both PFHxS and PFOS.”

The review provides further evidence that PFOA and PFOS – two fluorinated chemicals linked to cancer and other diseases – are not the only members of the PFAS class that pose serious health risks to people.

The study said PFHxS is “extremely persistent, exhibits long-range transport, it is more bio-accumulative and hazardous in humans than PFOS.”

In comparison to PFOS or PFOA, PFHxS is more water-soluble, more environmentally mobile . . .  and has a far longer elimination half-life in humans, about double that of PFOS. Because of the physicochemical properties of PFHxS, its mobility and therefore the extent of its contamination plumes are generally greater than for its close relative, PFOS. PFHxS’ properties also make it very difficult to remove from drinking water with standard methods as it breaks through filter media readily due to poor absorption on activated carbon, especially in the presence of competition from co-contaminants . . .  Moreover, PFHxS passes through wastewater treatment processes largely unhindered resulting in PFHxS (along with other PFAS substances) contamination of bio-sludge and effluent, which can then enter the food chain when used for agricultural purposes.

“Our firefighters and first responders are already asked to put themselves in harm’s way virtually every day,” said EWG Senior Scientist David Andrews, Ph.D. “Forcing them to use firefighting foams containing dangerous chemicals when there are alternatives that work puts their long-term health at unacceptable risk.”

Many of the alternatives to PFOA and PFOS pose the same health risks, studies show. Recent analyses by the Environmental Protection Agency and the Centers for Disease Control and Prevention have linked substitutes for PFOA and PFOS, such as Gen-X and PFBS, with serious health problems.

The study also bolsters efforts by Congress to quickly end the military’s use of firefighting foams made with PFAS. Both the House and Senate versions of the National Defense Authorization Act for FY 2020 end the use of these foams by 2023.

“If this legislation becomes law, it will go a long way in protecting service members, their families and the millions of Americans who live and work near military installations from further exposure to toxic PFAS chemicals,” added Andrews.

The House and Senate versions of the NDAA also end the military use of PFAS in food packaging, end PFAS discharges into water supplies, set a deadline for a PFAS drinking water standard, and require the cleanup of legacy PFAS pollution.