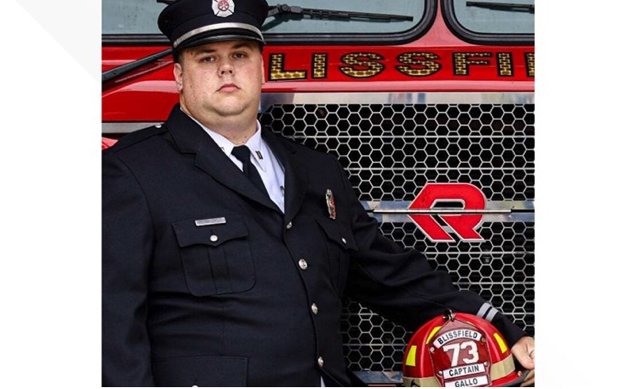 A Blissfield Township firefighter was killed in a single-vehicle crash on Tuesday while responding to assist at a barn fire in Lenawee County.

Joseph Gallo, 34, of Blissfield, served as a captain with the Blissfield Twp. Fire Department.

According to deputies with the Lenawee County Sheriff’s Office, Gallo was driving a Chevy Impala with emergency lights activated, responding to a call to assist on a barn fire on Garno Road in Deerfield on Nov. 17.

While driving on the gravel portion of Garno Road, Gallo lost control of his vehicle, which rolled and came to rest in a field. Sherriff’s deputies responded to the crash at around 4 p.m.

Gallo was transported to an area hospital and pronounced dead from injuries sustained in the crash. He was the only occupant of the vehicle and was not wearing a seatbelt.

The Blissfield Fire Department released a statement on Wednesday, mourning the loss of Gallo:

“Gallo, serving as a Captain with Blissfield Township Fire Department, succumbed to injuries from a motor vehicle crash while responding in his personal vehicle to a structure fire in Deerfield Township on Tuesday, November 17, 2020.