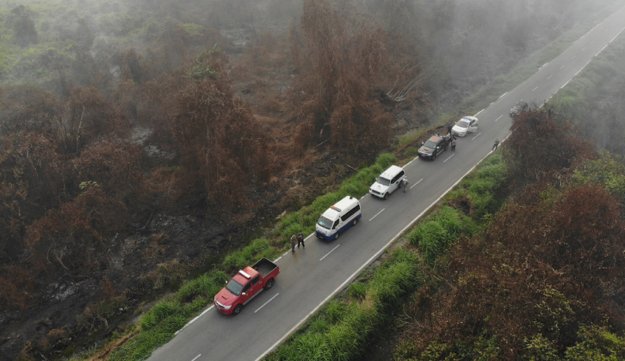 Already in its ninth day, the Sarawak Fire and Rescue Department is still hard at work with the operations to put out fire in the peat areas in Sri Aman.

Its assistant director of operations Tiong Ling Hii said as of 3pm, the fire-fighting operations in the Kejatau-Lingga area are still being conducted with the help of a Bombardier CL-415 aircraft belonging to the Malaysian Maritime Enforcement Agency to put out the fire in Sector B.

“In the operations, five water droppings were conducted using a total of 30,000 litres of water, while the fire-fighting efforts on land used seven excavators, two Prime Mover machines, and two FRT Scania machines,” he said in a statement here today.

He added that at present only one hectare of land was still on fire while the fire in Kampung STC was put out at 10.25pm yesterday.