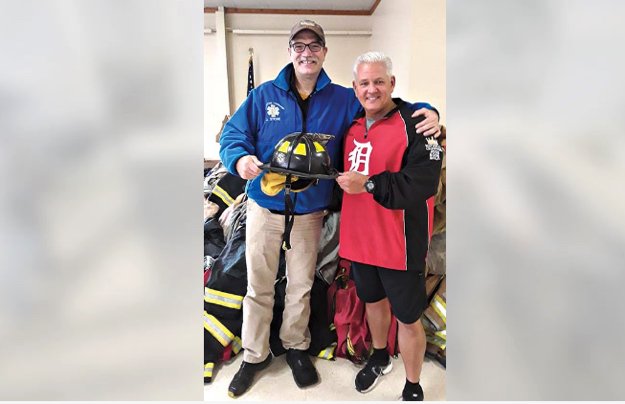 A number of local volunteer fire departments received over a half a million dollars in used fire fighting equipment last Thursday, thanks to a downstate organization called From our Fire House to Yours.

“When he told me the raffle tickets were fifty bucks apiece,” said Hughes,” I was like ‘what in the world are you buying for these tickets being so much?’ because I knew he was in a very rural area, and he didn’t have that much of a commercial district, or high-rises, and it wasn’t like he needed a million-dollar ladder truck, and he said, we just don’t have any gear. Our gear is from like 1980.”