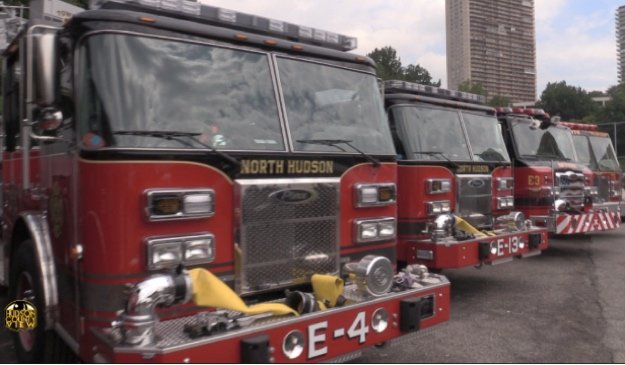 Some officials say the cost of being in the fire district is too great for only 313 responses, only two were fires, in 2019

The Town of Guttenberg is considering bringing back a volunteer fire department after their contract with North Hudson Regional Fire & Rescue expires in 2024.

On Monday, the Guttenberg council unanimously approved (5-0) a resolution authorizing the establishment of an exploratory committee look at transitioning from being a part of NHRFR to a volunteer fire department in town – once the current agreement lapses.

According to a copy of the local legislation, the committee would consist of Mayor Wayne Zitt, Town Administrator Cosmo Cirillo, Finance Director John DiStefano, and Councilman John Habermann – the latter being the town’s designee on the NHRFR board.

NHRFR was established in 1999 and consolidated the Guttenberg, Weehawken, Union City, North Bergen, and West New York fire departments into one unit and has often received praise for their quick response times.

According to Zitt, the costs associated with the department are increasing exponentially and that trend doesn’t look like it will change for his municipality any time soon.

“Going forward, there’s a possibility that NHRFR can dissolve and expire in 2024. With the costs of the department going up, we need to at least evaluate a volunteer operation,” Zitt said over the phone.