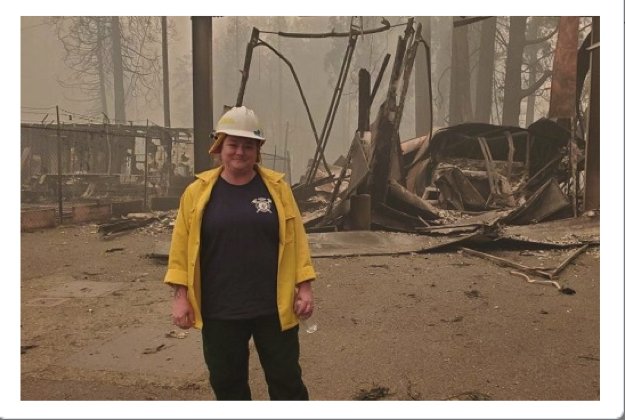 Many of the department’s volunteer firefighters also lost their home; the chief tries to rotate them out as soon as possible

A small town fire chief is being hailed a local hero. Upper McKenzie Rural Fire Protection District Chief Christiana Rainbow Plews — who most people call Chief Rainbow — has been battling the Holiday Farm Fire since it broke out.

She helped protect structures from more damage and saved lives all while her family’s home and fire station was crumbling down.

“It’s tough to fight a fire with a broken heart,” Plews said.

They are the words of a fighter, a woman who proves she’s willing to do whatever it takes to help her community.

“If I can keep one other person from feeling the loss that we have felt, it’s worth it,” Plews said.

Chief Rainbow lost everything in the Holiday Farm Fire, including her home, half a dozen of her district volunteers’ homes and her station in the Upper McKenzie Rural Fire District.

Chief Rainbow said it wasn’t easy but there was no other option. She added that they have a job to do and they were going to do just that.

But her priority was keeping others safe and supporting the crew members whose homes burned down.

“I try to get my folks that had lost everything off the line as soon as I could,” Plews said.