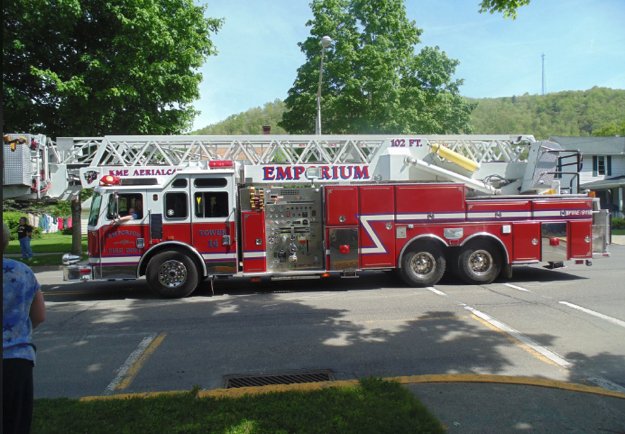 He had put “emergency” and “unit” on his vehicle in reflective tape; he had applied to three volunteer fire departments, none took him on

A Kersey man has been charged after he was allegedly impersonating a volunteer firefighter and driving recklessly in St. Marys.

Anthony Christopher Rossino, 24, of Kersey, is charged with impersonating a public servant, according to a criminal complaint filed at Magisterial District Judge Mark Jacob’s office Aug. 24.

The City of St. Marys Police Department was dispatched to the area of State Street July 21 for reports of a reckless driver. The caller reported a man driving a vehicle with a white light and activated four ways was running vehicles off of the road, waving a flashlight to get cars to move aside, according to the affidavit of probable cause.

A police officer observed a silver Chevrolet Cruze traveling in the opposite direction, that had an activated and flashing light under the rearview mirror, and conducted a traffic stop. The driver, Rossino, was allegedly wearing an Emporium Fire Department badge and uniform, and asked the officer where the vehicle fire was. Rossino reportedly said he was responding from Ridgway, as he heard about the fire on the radio, and showed him the flashlight he was waving around, according to the affidavit of probable cause.

Police spoke with the chief of the EFD July 23, who reportedly said Rossino is not, and was never, a volunteer at the department.