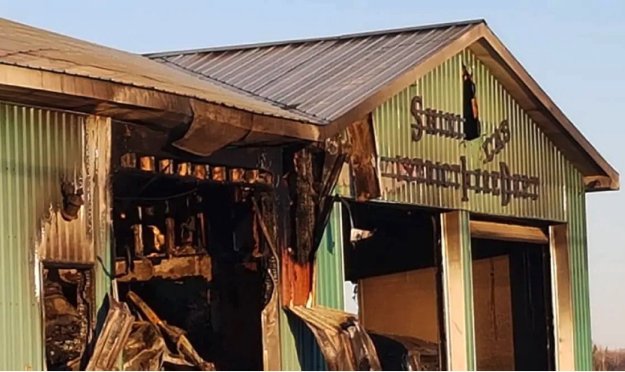 Rebuild efforts have dragged on since the April fire, but one official says it will be built this year

The fire chief in Shinimicas, on Nova Scotia’s north shore, says bureaucracy is holding up construction of a new fire hall to replace one that burned down in April.

He said it means there will be no fire coverage for the district this winter.

“As soon as the freeze happens we are going to be pretty much out of service,” said Jesse Brine, the department’s chief.

The fire destroyed the fire hall and trucks that were inside.

Fire departments in Bridgewater and Hantsport lent trucks to Shinimicas but, with winter weather approaching, the trucks will likely soon be gone.

“We don’t have any structure in place to put those trucks in,” said Brine. “There’s been talk from the departments that are lending us those trucks that they’ll be taking them back and I don’t blame them.”

Almost four months went by before Brine and his deputy chief were invited to make a presentation before the Municipality of Cumberland.

A motion was put forward to move ahead with the design and tender for the fire hall project with up to $770,000 to be funded through insurance proceeds and long-term debt.