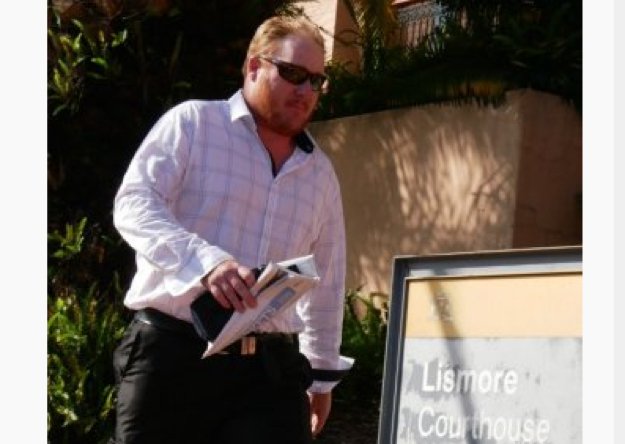 When Andrew Stevenson was stopped at a roadblock to the Mount Nardi fire in November, his truck plastered with Rural Fire Service insignia, there was little to differentiate him from a volunteer firefighter.

A traffic controller working to prevent public access to the fireground that had escalated to an emergency level described Stevenson’s attitude as “calm and confident”.

It was a persona worlds away from the one that would emerge that night when he crossed paths with what should have been his RFS colleagues and a police car patrolling the area.

Stevenson, 36, appeared emotionless during his sentencing in Lismore Local Court on Friday.

He had pleaded guilty to charges including wilfully swearing false affidavit, publishing false or misleading material to obtain advantage, dishonestly obtaining property by deception and impersonating an organisation officer.

In sentencing, Magistrate Jeff Linden read from a sentencing assessment report that described Stevenson as “single-minded” with “delusions of grandeur” and a sense of “entitlement”.

He sentenced Stevenson to 15 months’ imprisonment served by way of an intensive corrections order for the majority of the offences, and fined him $500 for impersonating a firefighter.