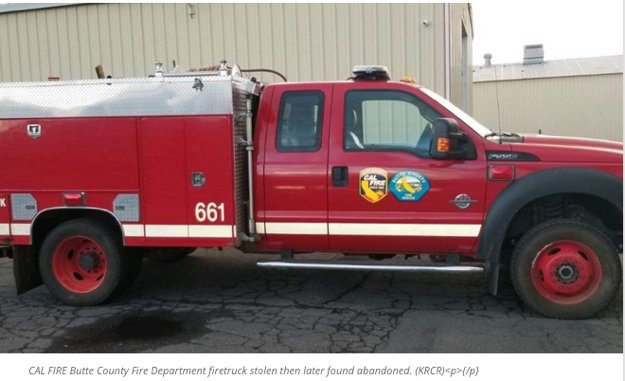 Firefighters say a fire truck with miscellaneous fire equipment was then driven through the large door of the station, causing major damage.

The firetruck was later found abandoned in a field in the Kelly Ridge area with minor to moderate damage.

“It’s absolutely pathetic that someone would attack a volunteer fire station, especially one in a community that has endured so much tragedy. I am confident that Butte County Sheriff’s Office will bring the individual(s) to justice,” said Butte County Fire Chief John Messina.