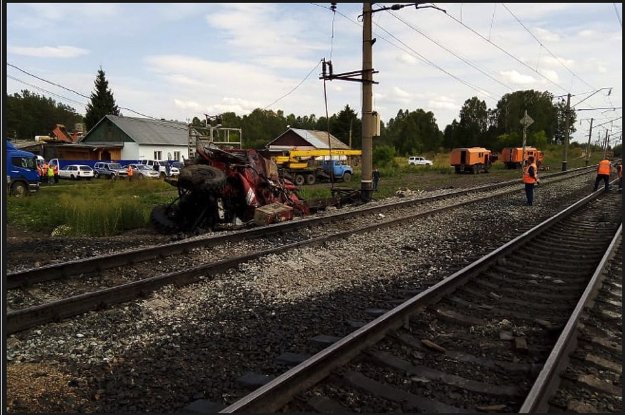 In the Altai Territory, on the afternoon of July 24, the train collided with a fire engine. As a result of the incident, two people were killed, two more were injured, according to the press service of the West Siberian Railway.

Everything happened at 15:21 at the 183 km railway crossing of the Ozerki – Tsaplino section. The regional department of the Ministry of Internal Affairs notes that the fire engine was moving from the village of Talmenka in the direction of the village of Ozerki.

The fire truck was driving a call, they were in a hurry, perhaps that is why the driver drove out at a red light, and at that moment collided with a passing empty freight train. The pictures show that the car has turned into a heap of twisted metal. In one of the videos, walking through the chat rooms, doctors are helping. Two mutilated bodies are visible, one is already dead, the other is in serious condition and unconscious. He subsequently died in intensive care. Someone shouts hysterically to bring an old sheet, “cover the boy.”

According to operational information, one of the dead is a driver. In an emergency, two carriages of the train left the tracks.