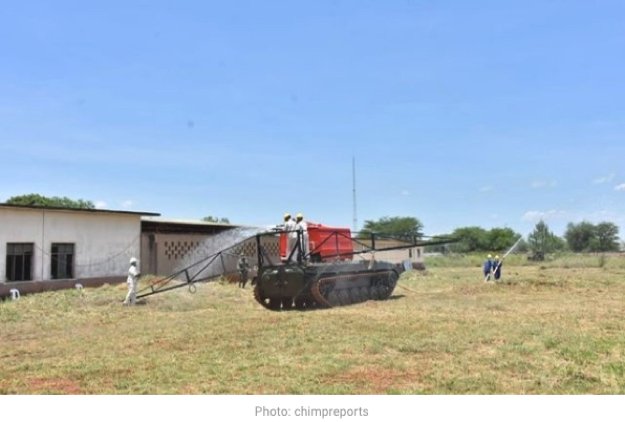 Uganda has unveiled its first prototype army truck it said has been designed for all-terrain firefighting situations.

According to the country’s President Yoweri Museveni, the truck “can also be used for pest control with minimum human interface.”

He wrote on Twitter to announce the unveiling of the vehicle saying “Today (Tuesday), we unveiled Uganda’s first prototype army truck designed for all-terrain firefighting situations.”

Museveni also noted that “Whenever I watch people in Western countries fighting fire on the TV, I do not see any systematic pattern of abating this issue – the angle from which you attack the fire. Hence, the first idea of this vehicle is the African idea of fighting the fire from the rear.”