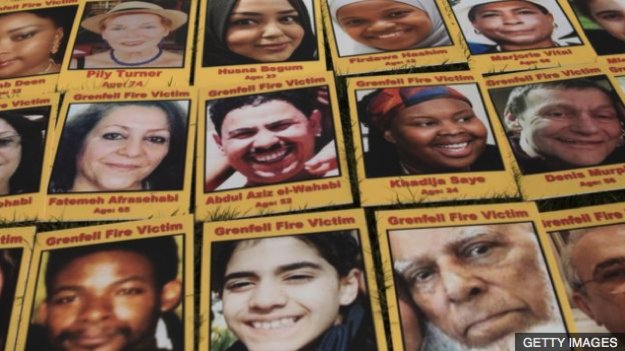 The London Fire Brigade (LFB) has been condemned for “serious shortcomings” and systemic failures in its response to the Grenfell Tower fire, in a report after the first phase of an inquiry.

Fewer people would have died in the 2017 fire if the LFB had taken certain actions earlier, the report by inquiry chairman Sir Martin Moore-Bick said.

The head of the Fire Brigades Union said the inquiry was “back to front”.

The BBC has seen sections of the report ahead of Wednesday’s publication.

The document follows the first phase of the inquiry, which looked at what happened on the night that 72 people died in the tower block fire on 14 June 2017.

The second phase will focus on wider circumstances of the fire, including the design of the building.

General secretary of the Fire Brigades Union, Matt Wrack, said: “The truth is that the fire spread the way it did because it was wrapped in flammable cladding. The firefighters turned up after that had happened, after the building had already been turned, in reality, into a death trap.