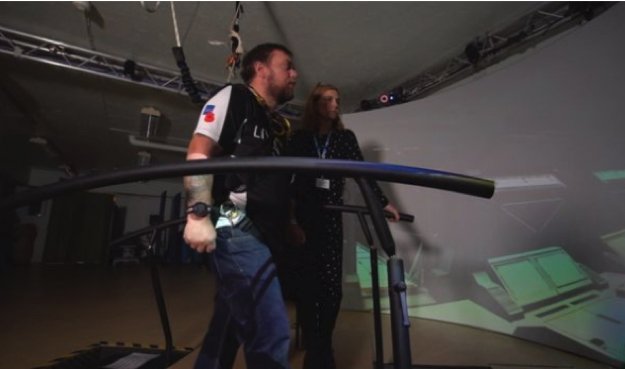 About two-thirds of participants saw 37% improvement in symptoms; similar studies are going on in other countries and there are plans to expand the trial beyond military personnel

Virtual reality could be used to help military veterans with post-traumatic stress disorder (PTSD) who have struggled with mainstream treatment.

It involves patients walking on a treadmill in front of a screen which projects images depicting the type of trauma experienced.

A two-year trial found some patients could see almost a 40% improvement in their symptoms.

One veteran said it had given him the “biggest impact” out of any treatment.

Matt Neve, who is originally from Scotland but now lives in Gower, Swansea, joined the RAF in 2001 at the age of 16. Two years later, he was deployed to Iraq.

His role in the war was as a driver, which left him responsible for helping to pick up wounded soldiers.