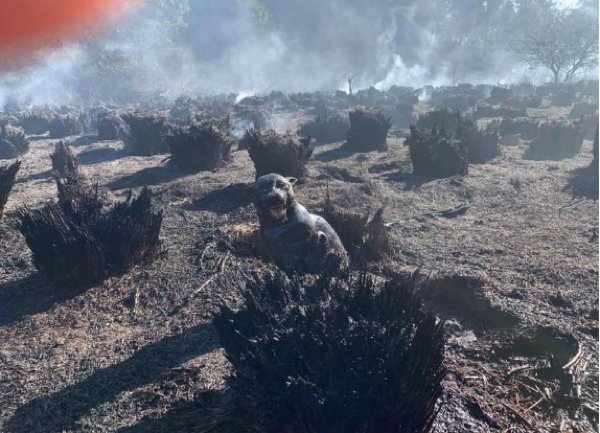 A rural fire brigade on the New South Wales central coast made a “shock” discovery during hazard reduction in the region on Saturday.

What appears to be a deceased animal, killed during the controlled flames, is actually a pink panther statue.

The Tuggerah Rural Fire Brigade had a message for the person who left it behind, giving them “quite the shock”.

“Stop it. It’s not sensible. It’s not helpful. That’s not who we are,” the brigade wrote in reference to a speech given by Prime Minister Scott Morrison earlier this year.

“It’s un-Australian and it must stop.”

The brigade later clarified the ‘statue’ is, in fact, a pink panther, after spotting remnants of fake pink fur, and says it was likely discarded in bushland “a long time ago”.