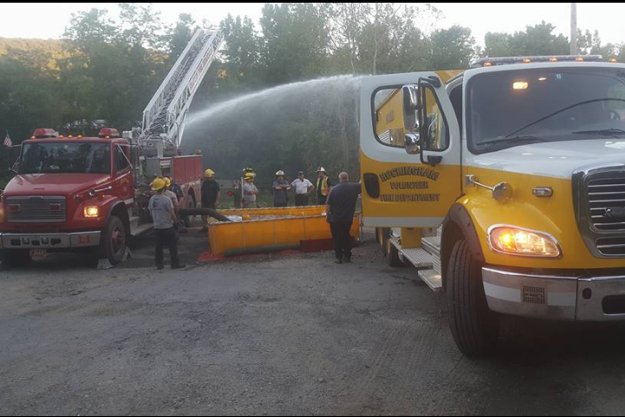 Volunteer Fire Dept, Board Squabble Over $35 of Water

A board member, and firefighter, grilled the volunteer fire chief over taking the water and wants financial compensation

Half a firetruck tanker of water almost created a lot of bad feeling last week.

The 1,500 gallons of water taken from a Bellows Falls village hydrant by the Rockingham Volunteer Fire Department and a couple of pointed questions by a village trustee resulted in some sharp words during Tuesday’s special joint meeting between the Rockingham Select Board and the Bellows Falls Village Board of Trustees.

Masure claimed that the Rockingham fire crew loaded its tanker with 3,000 gallons of Bellows Falls water, turned around and used the water to fill a swimming pool.

The Rockingham department should reimburse Bellows Falls for that water, Masure said. He estimated the 3,000 gallons was worth about $70.

Rockingham Volunteer Fire Department Chief Kevin Kingsbury said the department only tapped the Bellows Falls hydrant at the Whitney Blake Co. for 1,500 gallons because the town’s fire pond across Route 103 from the Rockingham fire station was low due to the ongoing drought, and it smelled “horrible.” He said he didn’t want the smelly water sitting in the tanker while it was in the fire station.