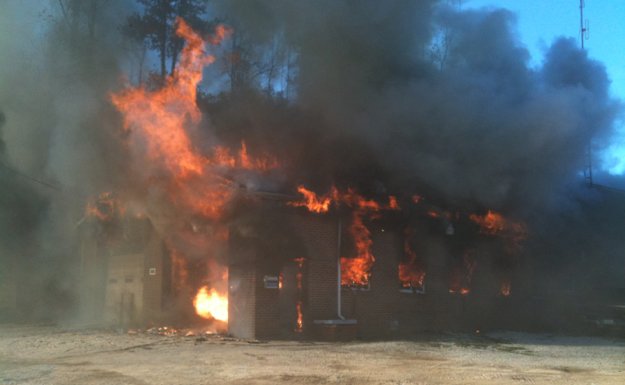 While grateful for the communities help getting back on its feet, the volunteer department still struggles with the debt incurred to build the new station

Roaring flames a decade ago on Oct. 1, 2010, took a devastating toll – the Sissonville Volunteer Fire Department’s Huston Fire Station burned to the ground.

Noting the somber anniversary this week on a Facebook post, the Sissonville VFD talked about how the community pulled together following the blaze.

“Community support was instrumental,” the fire department said. “In the days and weeks following the fire, the community and particularly, the fire department, realized just how big the fire service really is. Sissonville received offers of assistance from other departments throughout West Virginia. Donations of equipment, gear, and offers of trucks came from communities never heard of, and with no connection to Sissonville.”

The fire department said the biggest and most heartfelt support the fire department received “was the support of the very community it served. Children donated their life savings, schools held fundraisers, churches had dinners, and numerous, considerable donations of time and money came in.”