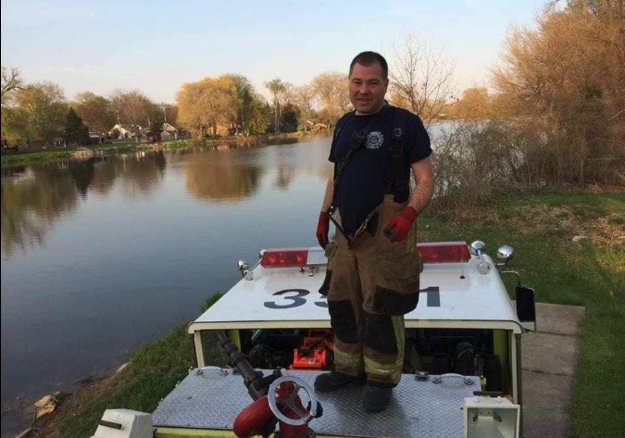 Even those who dedicate their lives to helping others sometimes need support too.

That’s why the Monroe Township Fire Department is seeking financial support for one of its brother firefighters who remains in critical but stable condition after suffering an unexpected brain bleed.

Capt. Joseph Liedel, who has been a firefighter for nearly 30 years, was at his Monroe Township home when his fire pager sounded for a service call about 8 p.m. July 31.

As he prepared to respond, Liedel collapsed in his driveway, and a neighbor immediately called 911, which, coincidentally, meant his colleagues soon would come to his rescue.

“I had no idea that it was Joe,” said Lt. Calvin Schmitt, one of the first to respond. “When we arrived, we recognized his fire department T-shirt, and I radioed the chief to come to the scene…

“Med(ical) calls are always tough, but when you’re helping family or a colleague, I don’t know a good way to describe how I felt, but your anxiety goes up. You just want to provide the best medical care possible.”

Liedel subsequently was transported to ProMedica Monroe Regional Hospital by Monroe Community Ambulance. After being evaluated by an emergency room doctor, he was found to have a serious, potentially life-threatening, brain bleed.