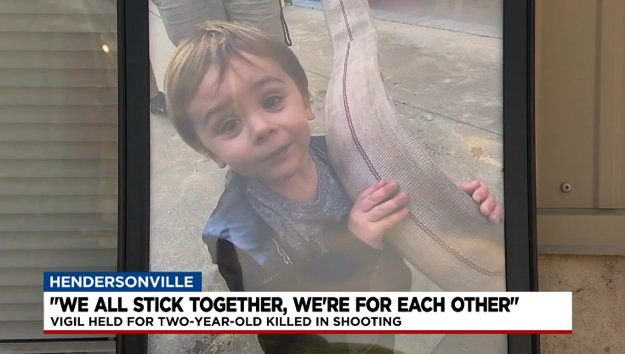 The Shackle Island Fire Department has been around for almost thirty years.

Martin Bowers has been Chief of the volunteer station since 1993 and he says they’ve never lost a firefighter in the line of duty. But they have lost family.

Thursday, officials say a two-year-old was at the fire department with his father when they got separated. The child is believed to have shot himself in the family’s car. He died at the hospital after a LifeFlight transport to Vanderbilt.

Chief Bowers says, “Everybody’s just really upset because that little boy had been down here quite a few times. His Dad is in charge of our radios and apparently he came down to work on the radios and he had the little boy with him.”

Bowers says the child’s father is a full-time firefighter with Mt. Juliet but started his career at Shackle Island and has been working there for about nine years. “He’s a good firefighter. Very knowledgeable, very helpful.”

The link to the GoFundMe page set up to help the family through this time can be found here.