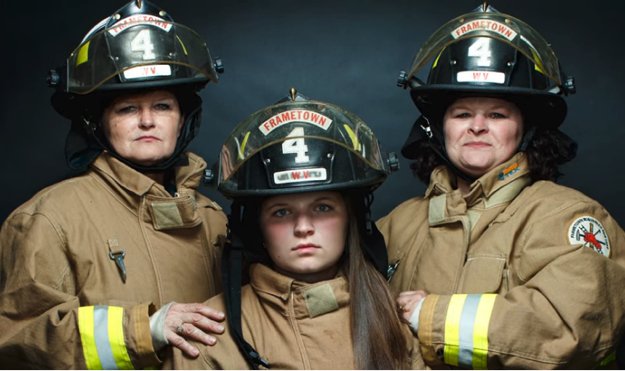 Eastern Kentucky University professor Dr. Scotty Dunlap’s passion for public safety and emergency management lead him to an unusual place, Frametown, West Virginia, for an unusual activity, producing a half hour documentary about a group of female volunteer firefighters in what has traditionally been a male-dominated field, according to a press release.

The release states, over the course of a year Dunlap chronicled the history and membership of the Frametown, West Virginia volunteer fire department where roughly 60 percent of volunteers are women, compared to the national average of 11 percent.

The documentary, “Frametown,” has aired multiple times statewide on public television in both Kentucky and West Virginia.

“The film tells the story of this inspiring department that is predominantly comprised of females. Volunteerism in the fire service is declining and my hope is that through telling their story, females of all ages might be encouraged to join the volunteer fire department in their community,” Dunlap said in a release.

Related: Study: Firefighter PPE Needs to be Tailored for Gender

According to the release, Dunlap, who holds holds a Doctorate of Education in Higher and Adult Education from the University of Memphis and an MS in Loss Prevention and Safety from Eastern Kentucky University, and is a professional member of the American Society of Safety Professionals (ASSP) and is a Certified Safety Professional (CSP), said volunteer firefighters can be a valuable resource for communities who either can’t afford to have a paid fire department, or don’t have a need for it. But Dunlap said with volunteerism waning, women can play a critical role in public safety and preparedness.