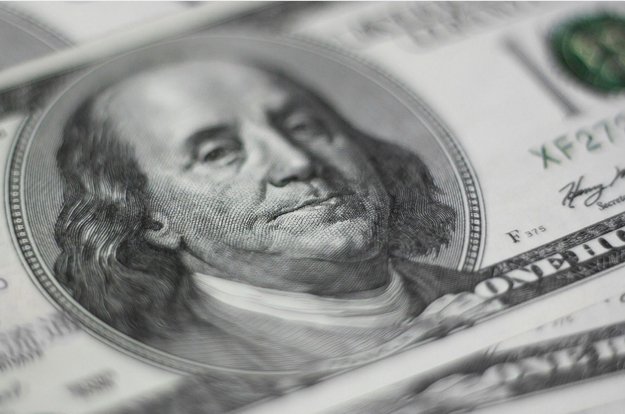 What Volunteer Firefighters Should Get in the Next Stimulus Package

Among the many COVID-19 issues facing the fire and EMS service, two have become points of contention. The first is whether firefighters should receive hazard or extra pay during the COVID-19 pandemic. The second is how much money should fire and EMS get from the next stimulus package.

For the volunteer —part-time, paid on-call, non-career — firefighter, these are critical issues.

The “hazard pay” issue has drawn some passionate responses. On the nay side, some argue that we all signed up for dangerous work and this is not time to be looking for a handout. We wouldn’t be asking for “hazard pay” for responding to a large-scale fire or a natural disaster, such as flooding, earthquake or major storm. It comes with the territory and we knew the risks going in.

That argument is rock solid when talking about career firefighters and medics. Assuming the municipality is not negligent in providing health insurance, paid sick time and adequate cleaning and PPE supplies, there is no need for additional pay.

For volunteers, the situation is much different in the current climate. Many volunteers find themselves making little or no money from their regular jobs during the economic shutdown. Unemployment benefits pay only a fraction of what they made, and who knows if they will lose health insurance benefits during the layoff or possible termination. Many volunteer departments pay some stipend, but that’s hardly enough to live on. Likewise, few, if any, volunteer departments offer assistance with health insurance costs. And despite this economic hardship, volunteers continue to respond to aid their community.

Like their career counterparts, volunteers signed up knowing this is dangerous work. They accepted the risk with eyes wide open. But protecting the community while fending off personal financial ruin was not part of the bargain. Yet, they continue to respond.

This is a good program, but $350 is not enough. Those who need help, need impactful help; there’s no way the NVFC program can raise that kind of money or distribute it fast enough.

There are similarities here to what happened in New South Wales, Australia late last year. As historically devastating wildland fires ripped across that region, volunteer firefighters took time off work to spend sometimes weeks battling the fires. But the bills didn’t magically stop arriving and many volunteer firefighters who couldn’t draw a salary from their full-time employer as they fought fire, fell on hard times. Some criticized the government for not doing enough to provide volunteers with proper equipment, assurances their jobs would be waiting for them upon return and money.

In Australia, there was pushback from firefighters on the issue of pay. They pride themselves on their culture volunteerism and felt pay would taint the spirit of their desire to help their communities. In the U.S., pride is also at issue. Career and volunteer alike, most firefighters pride themselves in doing the job because they want to help others; they do it for altruistic reasons. “Hazard pay” leaves a bad taste in the mouth. Yet the reality is, the bills will keep coming.

I would like to see Congress and the White House sign legislation that at minimum doubles the individual stimulus for non-career firefighters and medics. So if the next round of individual stimulus checks are $1,000 for those earning below $75,000, it would be $2,000 for volunteer firefighters. If you generously round up to a figure of 800,000 non-career firefighters in the U.S., an extra $1,000 apiece it would be an additional $800 million going directly back to taxpayers who serve as volunteer fire and EMS. As a point of reference, the federal government issued $14.2 billion in stimulus checks in 2009 for a segment of the population that included those on Social Security, retired railroad employees and veterans — $800 million may seem like a lot, but it’s small potatoes.

As with volunteer firefighters in Australia, there will be those firefighters in the US who don’t want or need the money. And that’s fine. There are plenty of worthwhile things to do with a thousand bucks. The simplest would be to donate the money to the volunteer fire department or its affiliated nonprofit organization. Likewise, every community has several reputable charitable organizations in need of help right now. Those who don’t want the additional stimulus, can act as a pass through — and they, not bureaucrats, will decide where it is spent.

The other point to consider about direct stimulus to volunteer firefighters is one of semantics. Direct stimulus is as much a firefighter retention tool as it is hazard pay. There is no appreciable difference between direct stimulus payment and property or sales tax breaks or free or reduced tuition offered by many states to volunteer firefighters. Both are government funds offered as a reward for performing duties few can or will do. And how many of us visit web sites or local business that offer a percentage discount on goods and services for first responders? Isn’t that a form of hazard pay being offered by the private sector with the burden shared by other shoppers?

There’s one more point to be made on pride. Pride is a two-headed monster. It can drive us to serve selflessly, with honor and dignity. It can drive us to achieve more of our goals. It dictates the quality of our work. Yet, it can push us to the depths of selfishness and obstruct us from getting life-saving help. For years, the fire service has waged a pitched battle to overcome the pride that keeps those suffering from mental health issues like Post Traumatic Stress Disorder from seeking help. Pride and fear of being seen as weak are key driver behind our high number of active and retiree suicides. There are far more volunteer firefighters needing financial help right now than the 400 NVFC applicants would indicate. A direct payment to every volunteer firefighter allows those who can’t set aside their pride and ask for financial help to get that help.

The second point of contention is how much the fire service will get in future rounds of stimulus. The first stimulus package allocated $850 million to law enforcement and only $100 million to fire and EMS combined. International Association of Fire Chief’s President Gary Ludwig was rightly incensed and the organization issued a statement to that effect.

With fire department struggling to get adequate PPE, that funding scale needs to be tipped heavily the other way in subsequent stimulus packages. On April 13, Chief Ludwig sent a letter to the president and both houses of Congress outlining how and how much money to allocate for fire and EMS in future spending bills.

What I would like to have seen included in Chief Ludwig’s letter was a request for no-match grants for volunteers to cover operating expenses. With in-person fundraising cancelled, volunteer departments are scrambling to figure out how to keep the rigs fueled and the lights on. Additionally, those who typically donate are mostly likely facing their own financial problems and looking more toward getting than giving.

And those departments that get some or most of their money from taxing bodies will be hurt again in six to 12 months when tax revenues are way down. Some cities are already threatening to layoff fire and police personnel if they don’t get more federal help. Holding fundraisers and getting tax table scraps from local governments is a shaky funding model on a good day — and these aren’t good days. That shakiness is about to be exposed for what it is.

The latest NFPA numbers say there are just over 24,000 all or mostly volunteer departments. If every department were eligible and the grant was capped at $10,000 per department, the program would top out at $240 million. By comparison, the Small Business Administration loan program included in the latest stimulus package had a $10,000 cap and it has already gone through nearly $350 billion. Again, before this much tax money is used to prop up the private sector, public-sector needs must be met.

Volunteer fire departments are critical infrastructure and so are the firefighters and medics who make up their ranks. Before any of our tax money goes to helping private, for-profit industries get through this crisis, those protecting their communities from disaster for little or no money need to get their cut. They need the security to keep doing what they do without worrying about where their next meal will come from or if there is enough fuel to keep the engine in service.

To be sure, volunteer fire and EMS has big, chronic problems. But right now it is in danger of bleeding out. This stimulus is a tourniquet. Major surgery is needed, yet if we don’t stem the bleeding immediately, surgery may become a moot point.