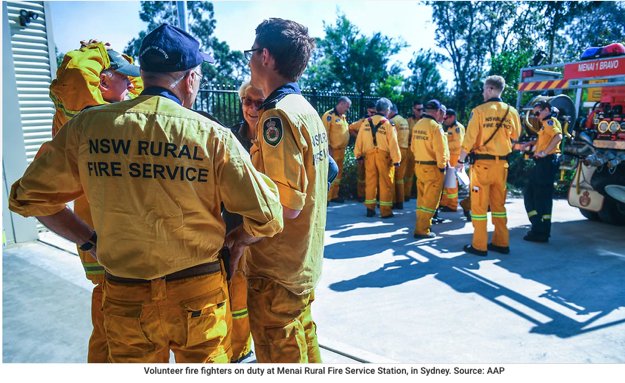 People in Australia are rushing to join volunteer firefighting services in record numbers as bushfires continue to rage across the country, with more than five times the usual yearly number of applicants expressing interest in joining the NSW Rural Fire Service since November.

The massive spike in membership enquiries comes as five volunteer firefighters have died in NSW and Victoria in the same period.

In the two-and-a-half months since the start of the fire season, the RFS has received more than 25,000 membership enquiries, community engagement manager Anthony Bradstreet told SBS News, compared to an average annual application intake of approximately 4,000.

Mr Bradstreet said the massive number of enquiries was likely a record.

“There really is a huge number of people who are wanting to support the service and we are going to be working through those enquiries,” he said.

“Following large fire events we do see an uptick in enquiries. Obviously, when people are seeing the bushfire experience play out in their living rooms and hearing about it people are keen to be a part of it.”